He said the Ministry of Health (MOH) had to date conducted 74 screenings, out of which six positive cases were recorded within one week.

“The EMCO has been imposed to facilitate MOH’s implementation of targeted screening on all those involved and to further curb the spread of Covid-19 infection to the outside community,” he said in a statement today.

He said the MOH reported that Covid-19 has continued to spread among the residents in the areas and 22 positive cases are being treated.

“So far, 107 positive Covid-19 cases have been recorded involving all the localities, following 2,077 screening results,” he said.

He added that following drop in new cases, the EMCO in Tapah Prison, Perak and Kampung Meruntum, Putatan, Sabah would end on April 26 as scheduled.

Meanwhile Ismail Sabri said 243 individuals were detained yesterday for breach of the standard operating procedures (SOP) of which, 219 were compounded while 24 others were remanded. 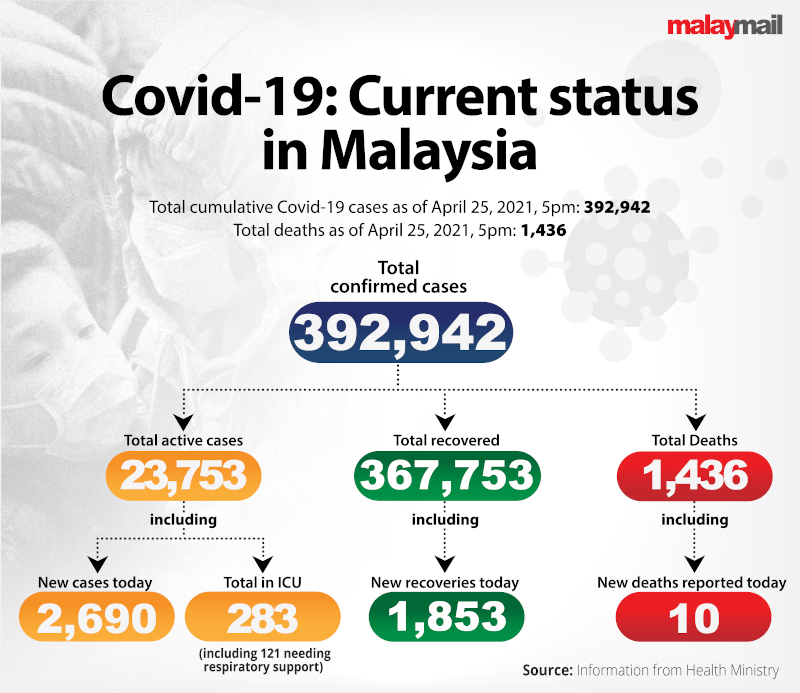 Malaysia welcomes travellers from Singapore at KLIA under air VTL

Zahid’s lawyer insists no evidence to support corrupt intent since cheques made payable to law firm, not Zahid’s account

GEORGE TOWN, Nov 29 — The Transport Ministry has clarified that it has not issued approval for the construction of an aerodrome in the proposed Kulim International Airport (KXP) in… [...]

KUALA LUMPUR, Nov 29 — Umno president Datuk Seri Ahmad Zahid Hamidi does not have any negotiation right on when the next national election should take place since he is… [...]

JOHOR BARU, Nov 29 — Bus services under the Vaccinated Travel Lane (VTL) facility kicked off today, with passengers crossing from both sides of the Johor Causeway this morning. Checks by Bernama at… [...]

More than 30% of workforce equipped with diplomas or degrees, says deputy minister
29 November 2021

JOHOR BARU: Bus services under the Vaccinated Travel Lane for land crossing (VTL-Land) facility kicked off Monday (Nov 29), with passengers crossing from both sides of the Johor Causeway this… [...]

BUTTERWORTH: A total of 40 men, suspected of being involved in a secret society recruitment drive, were detained in a police raid at a hotel in Seberang Jaya here on… [...]

Travellers must test negative for COVID-19 before departure, and Malaysia also requires travellers to pass the on-arrival COVID-19 test. [...]