“The Ministry of Health (MOH) has confirmed that 49 active cases are still being treated at the Covid-19 Quarantine and Low-risk Treatment Centre (PKRC), and 69 people (close contacts) under the Home Surveillance Order (HSO) are still housed at the Transit Block (Muhasabah Block),” he said in a statement on the development of the Movement Control Order (MCO) today.

He said that the EMCO was previously implemented in the entire Jelebu Prison and staff quarters, and is scheduled to end on Jan 24. To date, MOH has conducted 2,775 screening tests and a total of 908 positive cases of Covid-19 have been recorded.

Meanwhile, the EMCO at Westlite 1 and Westlite 2 Workers’ Dormitories in Senai, Johor, scheduled to end on Jan 29, ended today (Jan 23), earlier than scheduled, as positive cases in this locality show a declining trend and there are no more samples waiting for results. — Bernama 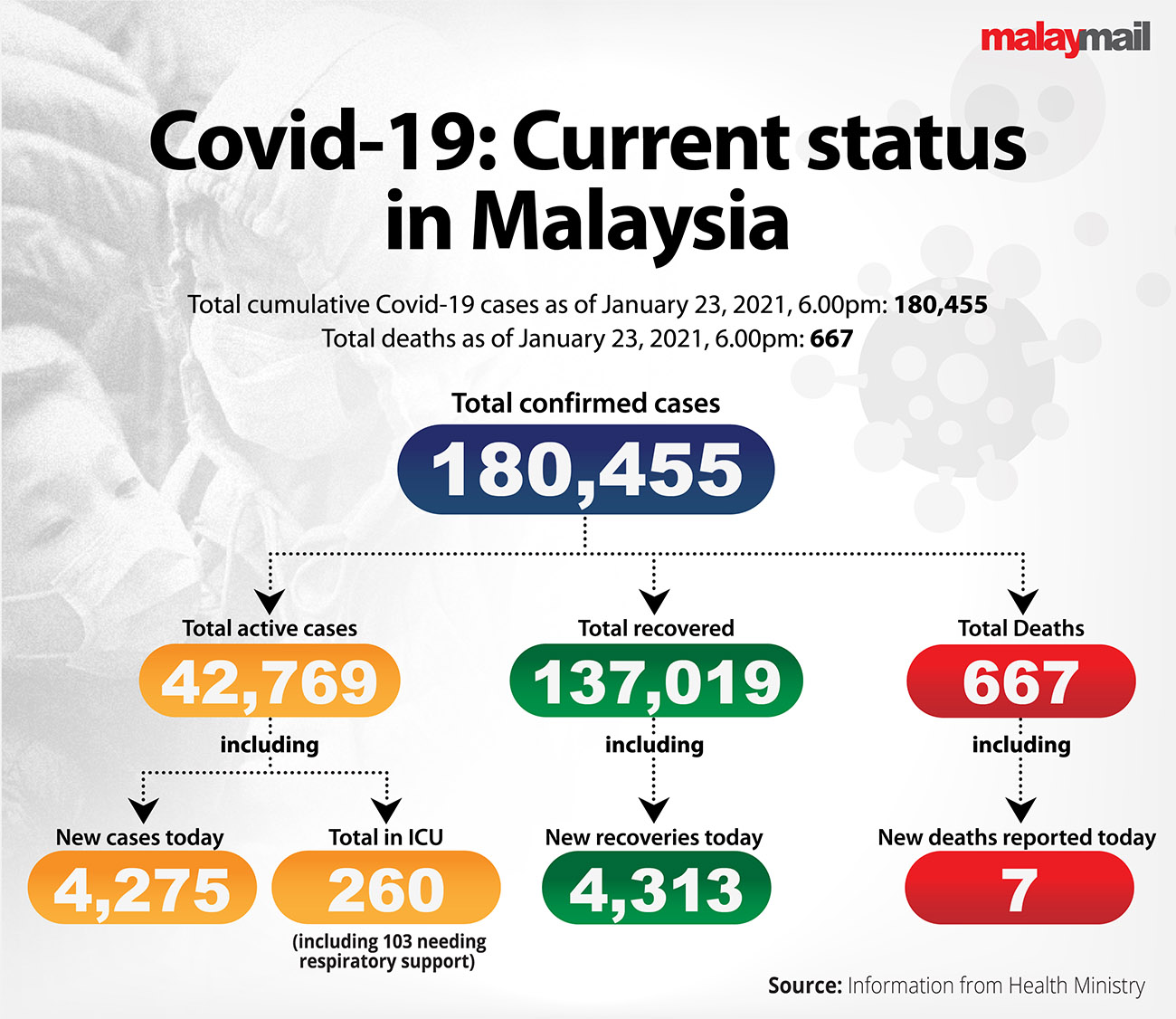 DAP calls for Operation Surge Capacity to be implemented nationwide

Report: No prosecution for teacher alleged to have joked about rape in class

Be more sensitive, you have state power now because of our backing, Perak PN tells Umno counterpart amid federal row

KUALA LUMPUR, Aug 5 ― DAP’s Tony Pua has urged observers and industry players to think hard as to what may happen in the next few weeks should Prime Minister… [...]

KUANTAN: The Pahang Mentri Besar is calling for action to be taken against a Federal minister for alleged insolence towards the Yang di-Pertuan Agong. Read full story [...]

Zahid to Umno Cabinet members: Quit posts if you are loyal to party
5 August 2021

PUTRAJAYA (Bernama): Foreign Minister Datuk Seri Hishammuddin Hussein is expected to speak on vaccine hoarding and emphasise on the importance of fair distribution, at the first meeting of the International… [...]