Its director, Datuk Mohd Zaidi Ramli said the Friday prayer was monitored by the Royal Malaysia Police (PDRM), RELA and mosque staff, with members of the congregation complying with the prescribed SOP,  such as bringing their own prayer rugs, wearing face masks and keeping their physical distance.

“Only one gate was opened for entrance to the mosque area and the mosque committee also provided three tents outside the mosque area for those arriving to register and scan their body temperature before entering the mosque.

“Members of the congregation were also not allowed to park their vehicles in the mosque area based on the SOP that has been set. That was why, there are many vehicles seen on the road shoulder,” he said in a statement today.

Yesterday, the video, which lasted more than two minutes, was viralled on social media after it was shared by a man who claimed that members of the congregation at the mosque did not wear face mask and there were many of them.

Mohd Zaidi said there were only 900 people at the mosques yesterday, although the capacity allowed after taking into account the physical distancing is 1,200 individuals, while the actual capacity of the mosque is 3,000 people.

He said JHEAINS remained consistent in taking stern action against those caught violating the SOP. — Bernama 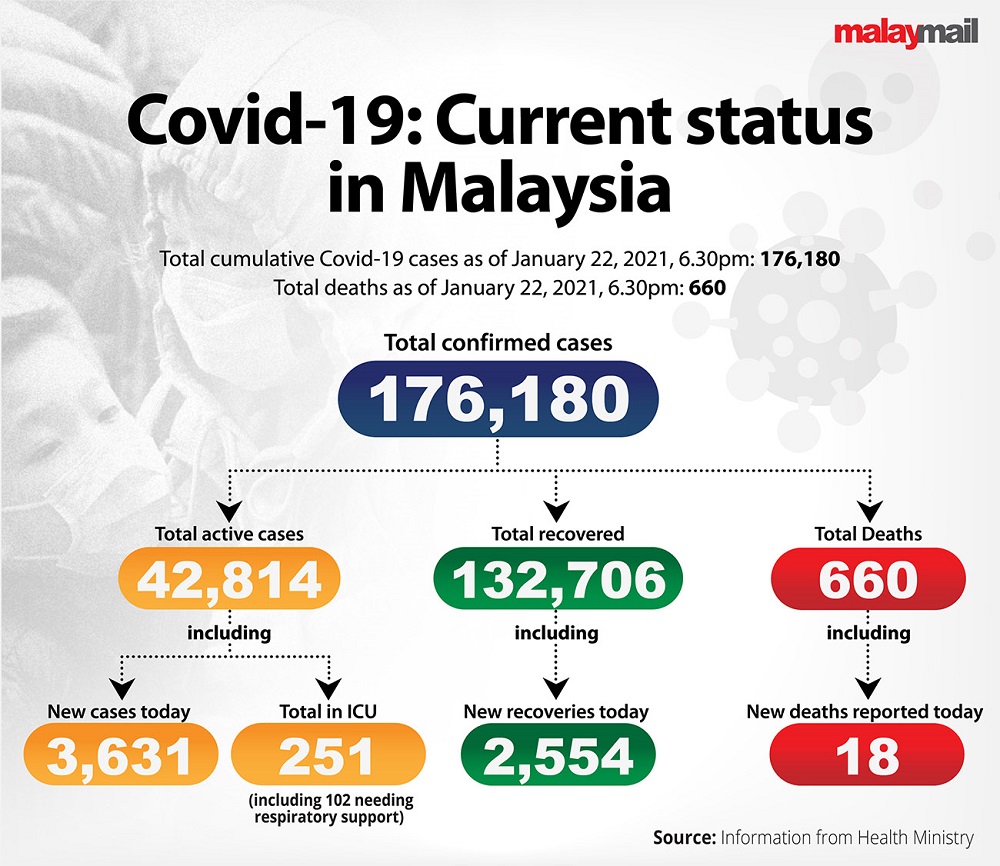 KUALA LUMPUR, Oct 19 — Selangor Mentri Besar Datuk Seri Amirudin Shari has come out to deny allegations of him being on the take from illegal gambling syndicates to allow… [...]

KUCHING, Oct 19 — A 21-year-old man pleaded not guilty in the Sessions Court here yesterday to a charge of raping his underage girlfriend. The accused appeared before Judge Jason… [...]

KUALA LUMPUR, Oct 19 — A total of 21,993,417 individuals or 94 per cent of the adult population in Malaysia have completed their Covid-19 vaccination as of yesterday, according to the… [...]

KUALA LUMPUR (Bernama): Federal civil servants who fail to complete their Covid-19 immunisation will be subject to disciplinary action or termination of service when the new policy on immunisation involving… [...]

PETALING JAYA: A total of 22,934,377 people in the country have been fully vaccinated with some 30,756 having received their booster shots. Read full story [...]

PETALING JAYA: Water supply to 156 areas in Sepang and Kuala Langat, which was disrupted by a burst pipe, is expected to be fully restored by late Wednesday (Oct 20).… [...]

Selangor MB: I am not receiving monthly bribes from gambling syndicates
19 October 2021